Over the years, the water level in the Ruby Falls cave lowered, allowing air to enter. When that happened, the conditions were right for the creation of speleothems, or cave formations. Speleothems are formed when water moving through the coil absorbs the minerals in the limestone. As the water evaporates or drips, it leaves minerals behind, creating formations over a period of time.

Keep an eye out for the following cave formations during your Ruby Falls tour! 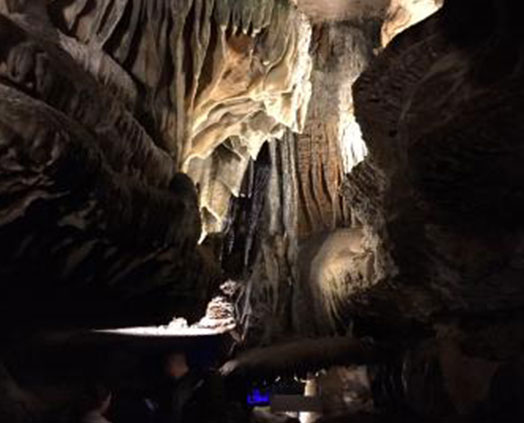 Stalactites form as water drips from the ceiling of the cave, leaving minerals behind. The minerals build up very slowly to make the stalactite. All stalactites start out as capillary tubes (also called soda straws). You can always remember the difference between stalactites and stalagmites because stalactites hang "tight" to the ceiling. 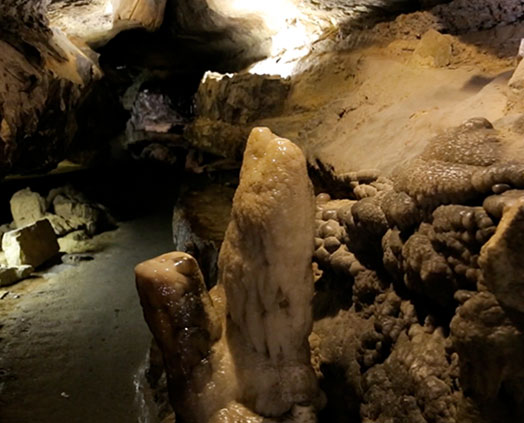 These are formed when dripping water hits and deposits minerals on the cave floor. Stalagmites are almost always found underneath stalactites and you can always remember the stalagmites hold "mighty" on the ground. 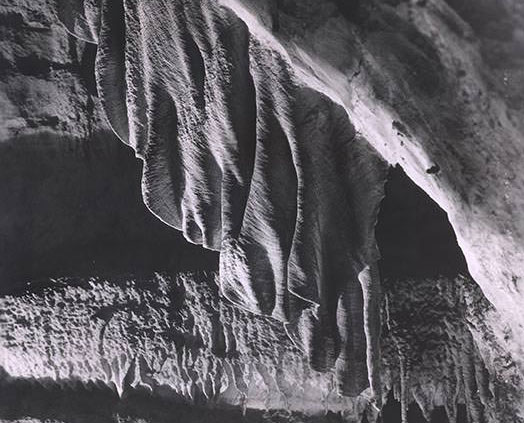 Draperies, also called curtains, are formed as water works its way through the small cracks and crevices in the ceiling and evaporates before it has a chance to fall.

Helictites are a type of stalactite. They grow in any direction on the cave ceiling. Their twisted shape is attributed to air currents and the arrangement of the calcite crystals. 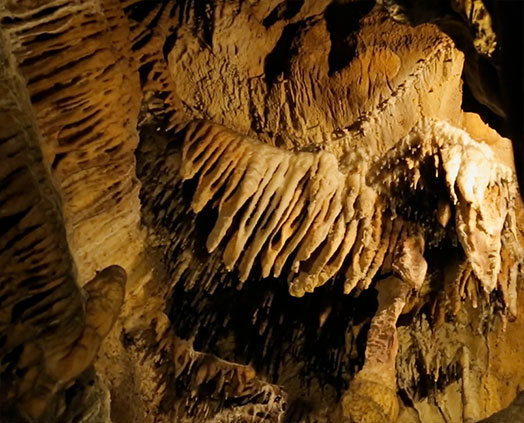 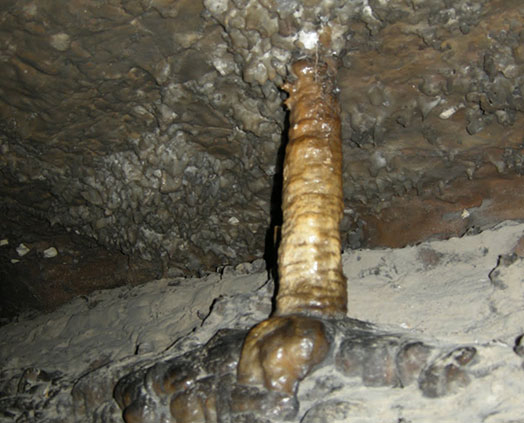 Columns form when a stalactite and a stalagmite grow into each other.

Flowstone is formed from flowing water instead of dripping water. The calcite is deposited in thin layers. These thin layers will first take the shape of the cave floor or bedrock beneath it. The flowstone builds up to become more rounded as it gets thicker.