Ruby Falls is the nation's tallest and deepest underground waterfall open to the public. The breathtaking falls were accidentally discovered by Leo Lambert in 1928 deep within Lookout Mountain in Chattanooga, Tennessee. Lambert named the falls after his wife, Ruby, and opened the Chattanooga attraction to the public in 1929. Today, Ruby Falls welcomes over half a million visitors each year from around the world. Tour the cavern, see the falls and discover why this unique destination has been named one of the best things to do in Tennessee for over 90 years. Adventure awaits at Ruby Falls! 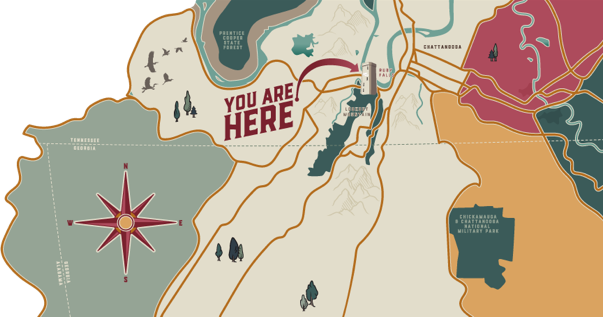 Enjoy spectacular views of the Cumberland Plateau from Lookout Mountain Tower and Blue Heron Overlook, visit the Village Gift Shop, and grab a bite to eat in the Cavern Cafe while you visit one of the best caves in Tennessee.

Soar above the treetops on High Point ZIP Adventure at Ruby Falls -  featuring a 40-foot climbing tower with five routes of varying difficulty and 700 feet of rushing zip lines! 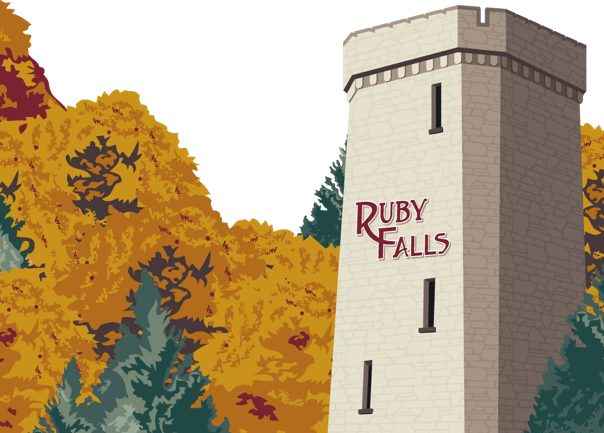 10 Things To Do On A Rainy Day In Chattanooga

Explore more of the other great attractions on Lookout Mountain.