Lookout Mountain is widely known for its many unusual geological features. The most unique of which being Ruby Falls, an underground waterfall located more than 1,120 feet beneath the mountain’s surface. The fascinating story of the formation of Lookout Mountain, the Ruby Falls cave and Ruby Falls itself is told by the rocks that formed each of these wonders.

Most of Lookout Mountain is made of limestone rock. About 240 million years ago, a shallow sea covered the eastern Tennessee area, and it was in this sea that the limestone of Lookout Mountain was formed. Limestone is a sedimentary rock formed by successive layers of shale, sand, and pebbly sand. The layers of sediment hardened over time to form limestone rock.   Millions of years ago, the North American and African plates collided in a collision that lasted for several thousand years. The collision was felt even as far inland as the Chattanooga area. These tectonic forces produced a series of earthquakes that pushed and bent the hardened rock to form mountains.   The bending and folding of the brittle limestone and sandstone layers caused a series of cracks and crevices to form. The rock layers slid past each other along what geologists call faults. These faults were the very beginning of Ruby Falls cave. 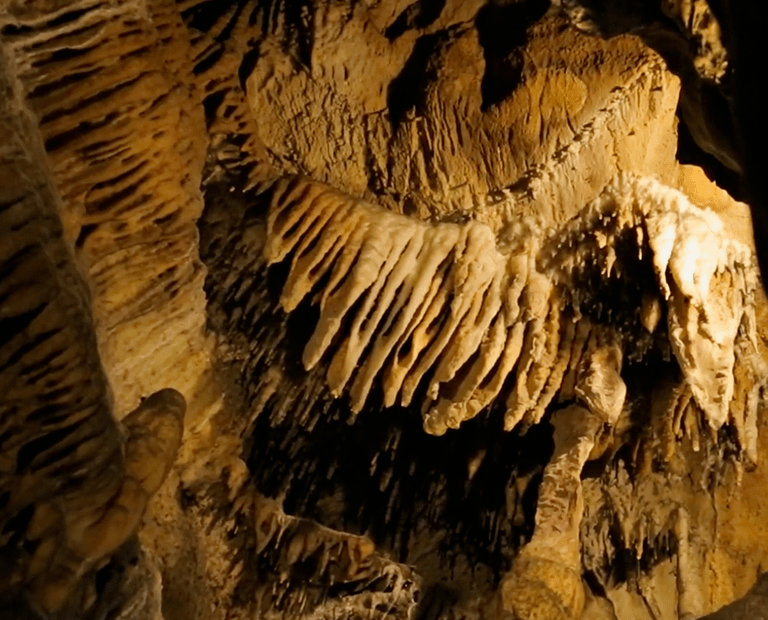 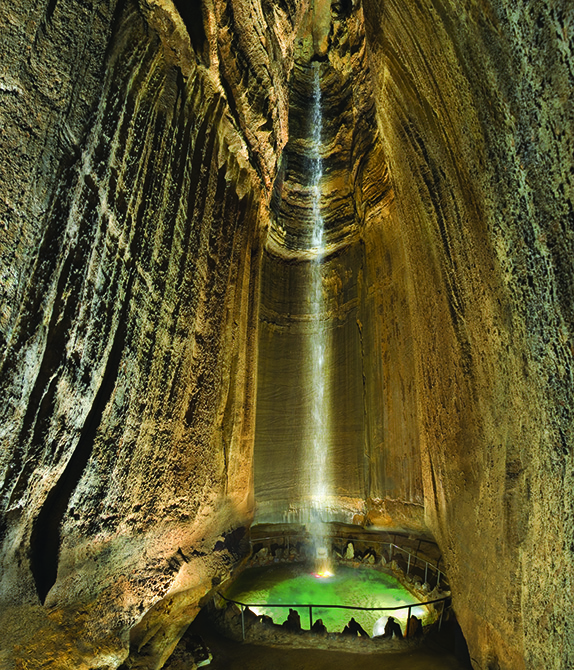 At one time, the water table was much higher and the Ruby Falls Cave was at the top of it. Rushing water flowed through the cave for many years washing it out and enlarging the faults.

Formation of the Waterfall and Falls Room

After the formation of the Ruby Falls Cave, a surface stream entered it and left deposits of sand and gravel along the walls. During this time a sinkhole developed near the head of the stream and allowed great amounts of water to enter. The presence of sand and clay along the sides of the cave confirm the presence of a sink hole at one time.   The water hollowed out the dome area that Ruby Falls is located; this area is sometimes referred to as “Solomon’s Temple.” By way of erosion, the waterfall carved out this area. The progress of this natural process can be observed by studying the smooth sides of the limestone walls.