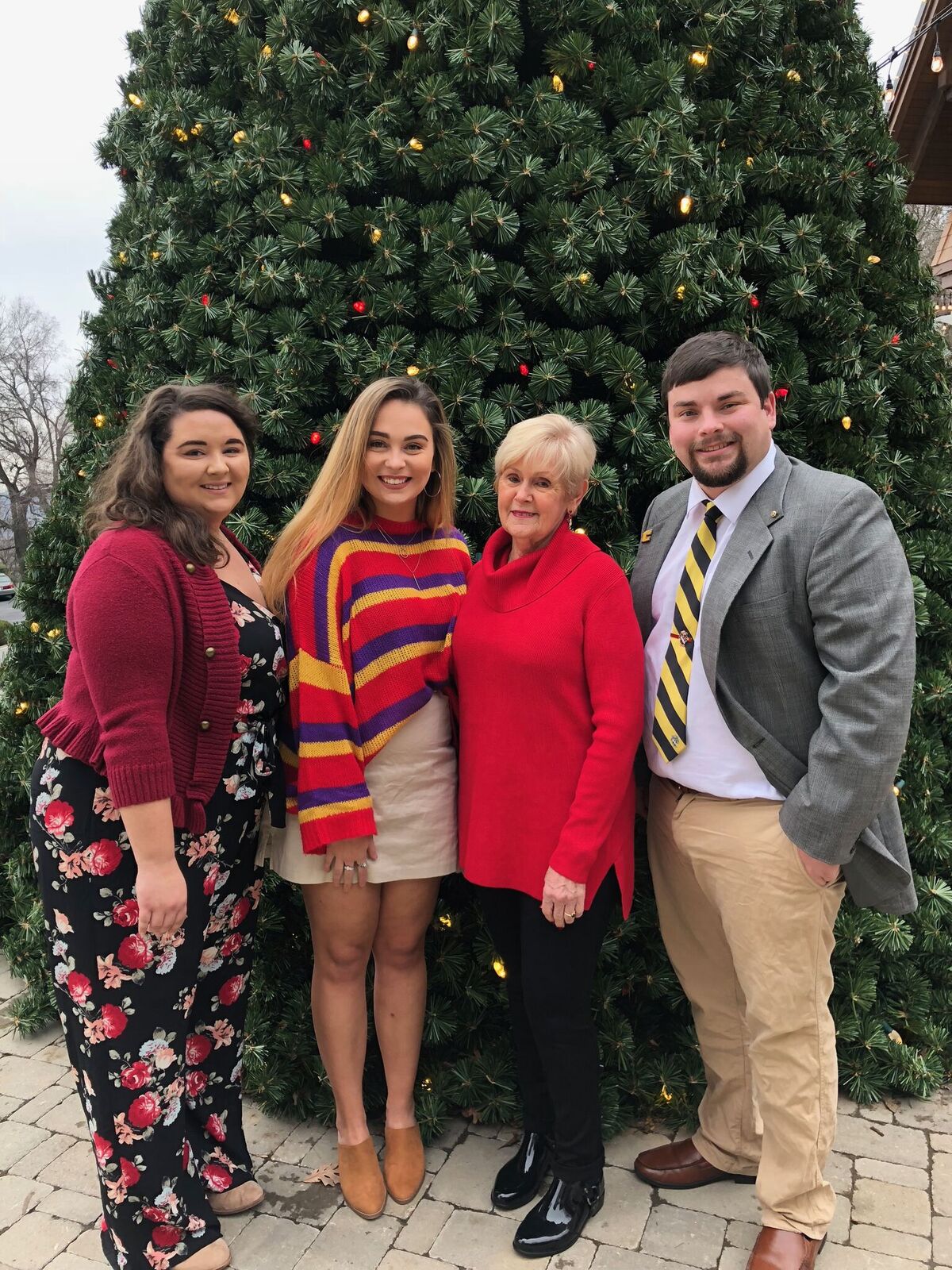 Farin Cloyd began working at Ruby Falls in October of 2016 as a cashier and tour guide. As the Vice President of Philanthropy for Alpha Gamma Delta at the University of Tennessee at Chattanooga, Cloyd is committed to ending hunger in Hamilton County. “I strive to inspire others to make a change in our community” says Cloyd. Her determination to make positive community changes carries over in her studies as she plans to pursue a career in journalism as a current events and political reporter.

Before his four years of service in the military working as a 68W Combat Medic, Clayton Curole worked at Ruby Falls. After his honorable discharged from the Army in 2017, Curole returned to Ruby Falls.  Currently, the Army veteran is pursuing a double major in history and religious studies at the University of Tennessee at Chattanooga. Curole says “Ruby Falls has offered me more than just a job. I have been given life skills that have carried me into the military.”

As a mother to two young boys balancing the demands of college, work and family life, Ashley Brotherton understands the importance of hard work and perseverance. “Receiving this scholarship would not only change my life but the life of my children as well. It would give me the confidence to know that I am worthy of beating the statistics of young mothers who are attending college,” says Brotherton. Currently enrolled at Dalton State College, Brotherton is studying Biology where she plans to pursue a career in medicine as a Pathologist.

The Steiner scholarship was established in 2008 to honor the memory of the former Ruby Falls president and seeks to recognize Ruby Falls employees who have demonstrated commitment and passion for their studies, community and careers. Motiva Steiner, widow of the late “Jack” Steiner, Sr. presented the awards.

Ruby Falls is home to the tallest and deepest underground waterfall open to the public in the United States. Over half a million guests visit the thundering waterfall annually, located 1,120 feet beneath the surface of Lookout Mountain in Chattanooga, Tenn. Guided tours explore the cavern trail and ancient geological formations. Sweeping views of the Tennessee Valley are abundant from historic Lookout Mountain Tower, Blue Heron Overlook and the Ruby Falls Village Plaza. Committed to cave conservation and environmental sustainability, Ruby Falls is the first attraction in the United States to earn certification from Green Globe and is recognized as a leader in tourism sustainability. www.RubyFalls.com